Technology has made it easier to shoot bows, making the sport appealing to a wider audience. Though it still demands a lot of practice and skill, it is now easier to shoot straighter arrows, thanks to more forgiving mechanical releases, arrow rests and sighting devices.

An arrow usually consists of a shaft with an arrowhead attached to the front end, with fletchings and a nock at the other. Most modern arrows are 56 -76 cm in length, Historically made from hard wood, arrows have evolved to include glass and metal. Today’s arrows are made from aluminium alloy and/or carbon for strength, agility and speed. Fletching, which was originally turkey-wing feathers affixed to the arrow shaft, are today plastic or vinyl vanes. 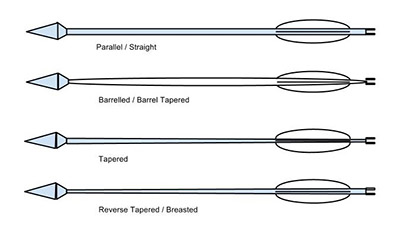 A number of different types of arrowheads are known, with the most common being:

How bows are made