In Roman myth, Cupid is often shown with a bow and quiver full of arrows. Cupid’s arrows cause people to fall in love.

From late-medieval English folklore, Robin robbed from the rich and gave to the poor through both skilled archery with a traditional longbow and swordsmanship.

A folk hero of Switzerland, legend states William Tell was arrested in the fourteenth century for defiance against the Austrian occupiers and sentenced to shoot the apple on the head of his son. He succeeded, saving both their lives.

This Greek goddess had golden arrows that with every perfect shot, caused sudden death in women.

When Odysseus returns to Ithaca from Troy, he does so in disguise. Odysseus ‘s loyal wife Penelope has set up a system by which each suitor must prove his worth. "Whoever strings this bow, and sends an arrow straight through the sockets of twelve axe heads lined in a row – that man will I marry." Naturally, Odysseus succeeds where all suitors fail.

Legolas from Tolkien’s The Lord of the Rings is by far the most impressive archer in the trilogy, making physics-defying shoots.

Neytiri is one of the main characters from James Cameron’s famous 2009 movie Avatar., the highest grossing movie of all time. Neytiri is the Na'vi princess of the Omaticaya clan and Jake Sully's love interest. Neytiri teaches Jake the ways of her clan, and how to use a bow.

Susan Pevensie is a fictional lead character in The Chronicles of Narnia. During her reign as Queen Susan her costumes include characteristic red fletched arrows and a traditional wooden recurve bow.

From the DC Comic Franchise, Green Arrow, or Oliver Queen is a billionaire businessman. He was left stranded on a deserted island for several years where he mastered the art of archery. Today he uses his archery skills to fight crime alongside the Justice League.

In the classic novel ‘The Age of Innocence’ by Edith Wharton one of the more memorable scenes occurs when May Welland wins an archery tournament in Newport. 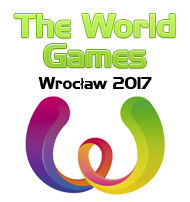 The World Games 2017 in Wrocław is an event that means more than 30 sport disciplines. It means a festival of sport, to which all are invited.